There are quite a few of us! 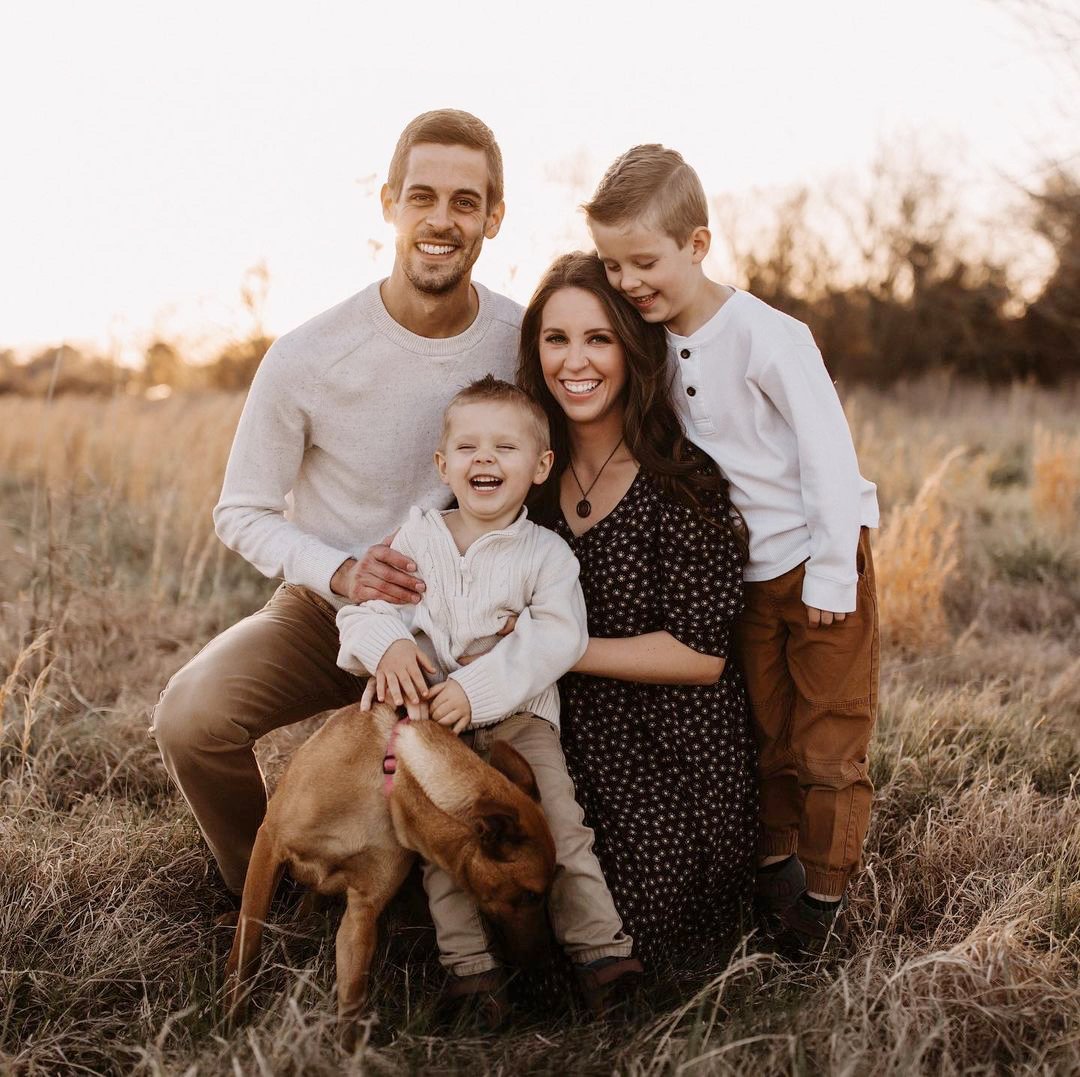 Jill and Derick both grew up in Northwest Arkansas, met each other in Nepal, and married seven months later on June 21, 2014! Their story is a little crazy and adventurous, but they love it! They have two active boys and love spending time together as a family.

Since they first began their relationship, it has always been their goal that Jesus Christ might be glorified as they serve others through family ministry, by whatever means that might be. Jill and Derick have a deep love and care for all of the world and a real passion for those in the nations, as many have even seen in the early stages of their relationship. Their hope is that all peoples of the world would come to repentance and put their hope in the Lord, Jesus Christ.

Jill is the fourth born child in our family of 19 children. She is licensed as a Certified Professional Midwife (specializing in low-risk out of hospital prenatal, birth, and postpartum care). Although she doesn’t plan on practicing while she has little ones of her own at home, the skills she has already learned have benefited her immensely and she may be able to use them in other ways, such as teaching, down the road. Right now Jill is enjoying being a wife and mother!

Derick has a bachelor’s degree in accounting from Oklahoma State University. In his junior year, he was selected to follow in his father’s footstep as the OSU mascot, Pistol Pete! After spending several years on the mission field after college, he is currently focusing on education again at the University of Arkansas School of Law.

Israel is their firstborn! He is very outgoing and makes friends easily. He loves playing outside in the sprinkler, finding bugs, “campfires” in the backyard, and going on adventures with his little brother. Israel loves books, and is becoming a great reader!

Samuel loves snacks and “helping” mommy in the kitchen. He is full of energy and loves to build forts and obstacle courses around the house! He is a thoughtful young man, who loves to be read to. Sam and Israel are inseparable friends and are so excited to have bunk beds in their room together!

Frederick joined the family on July 7, 2022. They incorporated both Derick’s and his dad’s name (Rick), by  adding “Fre” to the beginning of Derick’s name. A special name for a very special boy!

Back to the whole family